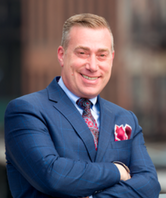 Richard is the founder and leader of Distinctive Offices. He literally started from the ground up as a carpet installer. Following experience in the field of installing, he recognized that his talents would be better put to use on the business side. He learned to estimate and run work as a project manager. After working for several commercial carpet dealers as a business developer, he decided to go out on his own. For several years, he ran his company as a traditional commercial floor covering dealership working on new construction projects. Quickly, he realized that there was a void in the existing built-out office space, and the decision was made to create Distinctive Offices as a firm that specializes in the cosmetic renovation of occupied office space.

With all of his professional success, Richard is most proud of his family. Richard is married with three teenage girls. In fact, family is so important to Richard that he prides himself on establishing that same atmosphere of family at Distinctive Offices. Employees and clients alike are treated with the respect of one of his family members. Whether it is a professional or personal relationship, Richard is there for them.

Richard currently sits on two boards, one as the vice president of the metropolitan business network (NYC’s most prestigious business group) and as a member of POPPA’s board, helping the people who help everyone else, the NYPD. 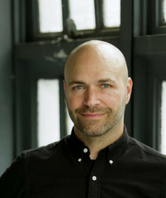 With an eye for detail, Brett has been in the flooring and construction business as an installer for over 16 years and installed every type of floor there is. He has been a project manager with Distinctive Offices for the last 3 years where he handles all of our site management and works closely with clients and labor shops.

As a field manager, he always comes through to address each and every last minute issue. His art background makes him particularly adept at design and he also serves as the company photographer. 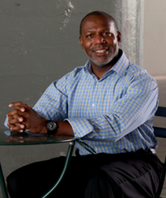 Michael has spent the past five years with our team coordinating client projects. Basically, Michael keeps the Distinctive Offices team on track. Look to him to handle logistics like shipping, materials ordering and warehouse coordination, as well as making sure our renovation teams are properly insured. Feel free to also talk with him about his lifelong passion for the Mets and Jets. 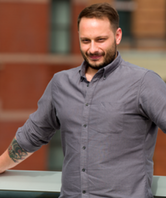 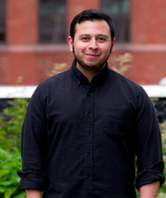 Kevin has worked in customer service and management positions for 8 years. He was in charge of a landscape company in which he was responsible for managing labor and making sure clients were receiving the best service possible.  He has such a great love for design and style that he currently owns a clothing company as well. Kevin’s background in sales and client management makes him a great new edition to Distinctive Offices growing team.